In this review, we briefly describe work devoted in recent years towards the effective control of morphology, structure and optical properties of ZnO nanostructures, with particular focus on cost effective and simple methods for ZnO nanowires (NWs) fabrication. For the vapor transport technique, we describe in detail mechanisms for growth precursors generation, their transport in inert and forming gas, as well as their reactions on different pretreated substrates and corresponding growth mechanisms. As for low temperature synthesis methods, three techniques are outlined: sol-gel, solvothermal and electrophoretic deposition, with emphasis on effective morphology, structure and optical properties control. In this context, we discuss recent attempts to understand the role of solvent and alkaline agents used during solvothermal synthesis of ZnO nanostructures on their morphology and photoluminescence properties. Recent success of electrophoretic deposition of ZnO nanoparticles on pre-patterned silicon substrates in the form of NWs and NW bunches is highlighted over many previous attempts to fabricate ZnO NWs with inconvenient sacrificial templates. Finally, we present a critical discussion on the current understanding of passivation mechanisms of ZnO NW surfaces by MgO shells.

Oscar Marin graduated as Chemist at the University of Quindío (Colombia) in 2007 and as Doctor in Chemistry at the National University of the Littoral (Argentina) in 2013 with scholarships from ANPCyT and CONICET. He obtained a postdoctoral scholarship from CONICET in 2013 and joined the Nanoproject group at the National University of Tucumán (Argentina). He moved to the University of Chile in 2015 to lead a postdoctoral project funded by Fondecyt, and returned to Argentina in 2017 to become a researcher of CONICET. His research interests include the synthesis, characterization and applications of nanostructured materials, mainly semiconductors.

Silvina Real is Associate Professor at the National University of Tucumán (UNT), Argentina, and a researcher in the Nanoproject Group, INFINOA, CONICET-UNT. She received her PhD in Exact Sciences and Engineering in 2017 at UNT, with a thesis in Physics directed by Mónica Tirado and David Comedi. Her research topic are nanostructures manufacture by electrophoretic deposition and the application of mathematical models.

Nadia Celeste Vega graduated as Physicist (2012) at the National University of Tucumán (UNT), Argentina, where she also obtained her PhD. She is currently a teaching assistant at the Physics Department of that house of studies. Her PhD thesis, about ZnO nanostructures and their applications in optoelectronic devices, was honored with the First Mention by the Jorge Sábato Institute award. Between 2017 and 2019, she was a postdoctoral fellow at INQUINOA (CONICET-UNT). She participated in collaborations and research stays at the University of Oxford (England), UNICAMP (Campinas- Brazil) and ICMAB (Barcelona-Spain). Currently, she is an Assistant Researcher at INFINOA (CONICET-UNT), where she is working on the integration of semiconductor nanostructures in solar cells.

Full Professor at the National University of Tucumán (UNT), Argentina; Independent Researcher of CONICET, director of the Laboratory of Nanomaterial and co-director of the research group NANOPROJECT (INFINOA:CONICET-UNT). She received the award J.J.GIAMBIAGI 2004 for Best Doctoral Thesis in Argentina. She has published over 40 works in international journals and 25 papers in proceedings. She has presented more than 200 research works in national and international congresses. She has supervised 7 Ph. D. students. She spoke at a TEDx talk called “Llegando al Corazón de la Materia” (2015). Her main research topic is the manufacture and characterization of semiconductor nanostructures to obtain nanodevice prototypes.

David Comedi obtained his PhD in Physics in 1990 at the Israel Institute of Technology, Technion, and completed his postdoctoral work at the Centre for Electrophotonic Materials and Devices, McMaster University, Canada. After many years as Professor of Physics at UNICAMP, Brazil, he was repatriated in 2006 by CONICET as an Independent Investigator working at the National University of Tucumán (UNT). Currently, he is a Principal Investigator of CONICET, Associate Professor at the Physics Department of UNT, Director of the NanoProject group and Head of the Physics Institute of Northwestern Argentina (INFINOA- CONICET/UNT). His scientific contributions are focused on the fields of ion-solid interactions and semiconductor nanotechnology. 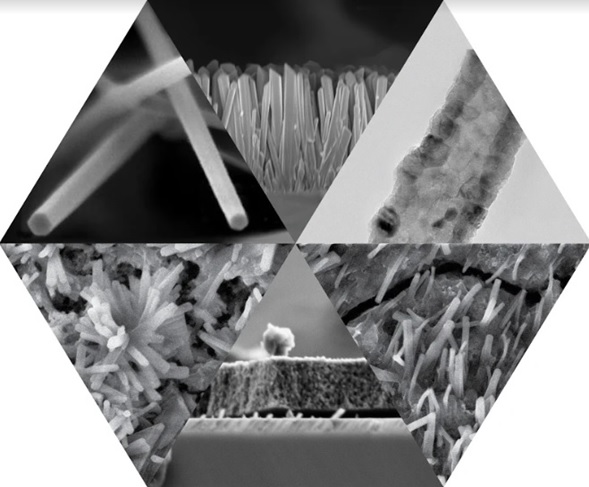