Photothermal therapy (PTT) is a potentially curative treatment modality that in recent years has been the object of growing interest and rapid technological advances due to its specific therapeutic efficacy and because it is a non-invasive technique. Nowadays, several nanomaterials have been developed as photothermal agents including metallic and carbon-based nanoparticles, conducting polymers, and different kinds of nanocomposites, among others. In this article, the most relevant applications of these photothermal nano-agents in antibacterial and anticancer therapy are reviewed.

Emma Antonia Cuello obtained her B. Sc. in Chemistry from the National University of Río Cuarto (Argentina) in 2018. For her bachelor thesis she worked on the synthesis and characterization of smart materials for bacterial growth inhibition under supervision of Prof. Diego Acevedo. She is currently a second year PhD student under supervision of Prof. Cesar Barbero (National University of Río Cuarto). Her research program is focused on the development of actuators based on gel matrix nanocomposites for different technological applications.

Silvestre Bongiovanni Abel obtained both his B.Sc. (2013) and Ph.D. in Chemistry (2018) from the National University of Rio Cuarto (Argentina). He was a CONICET Postdoctoral fellow at INTEMA (CONICET-UNMdP) working in electrohydrodynamic techniques for the obtention of polymeric structures with controlled 3D architecture, under the supervision of Prof. Gustavo Abraham. In 2020, he joined the Responsive Polymer Therapeutics Group (POLYMAT, Basque Center for Macromolecular Design and Engineering, Spain) as a Postdoctoral Researcher. Recently, he was named Assistant Researcher of CONICET. His research interests include the synthesis and development of nanomaterials based on conducting and smart polymers for biomedical applications.

César Barbero received his B.Sc (1984, s.c.l.) and Ph.D. (1988, hons) in Chemistry from the National University of Rio Cuarto (UNRC, Argentina). After a postdoctoral stay (1988-1994) at Paul Scherrer Intitute (Switzerland), he returned to the UNRC to become an Assistant Professor. At present, he is Full Professor in Chemistry and Superior Researcher of the National Science Council (CONICET), Argentina. He is the Director of the Research Institute on Energy Technologies and Advanced Material (UNRC-CONICET). He has advised 13 Ph.D. thesis, published over 180 manuscripts (h=34) and holds 6 patents. He received the Tajima Prize of the International Society of Electrochemistry (1997

Inés Yslas received a degree in Microbiology from the National University of Río Cuarto (UNRC, Argentina) in 2000. In 2002, she obtained a CONICET Fellowship to undertake her PhD studies working on photodynamic therapy in cancer. From 2006 to 2008 she was a CONICET postdoctoral fellow, working on photothermal therapy in cancer. Since 2008, she is a scientific researcher of CONICET at the UNRC working in photothermal therapy in bacterial infections and antibacterial surfaces.

María Molina received her BSc (Hons) in Chemistry from the Universidad Nacional de Rio Cuarto (UNRC, Argentina) in 2007. Also in 2007, she obtained a CONICET Fellowship to undertake her PhD studies (2011) in Prof. Cesar Barbero’s group (UNRC) working on the preparation of smart hydrogels as drug delivery systems. From 2012 to 2015, she was an Alexander von Humboldt postdoctoral fellow at Freie Universität Berlin, under the supervision of Prof. M. Calderón and Prof. R. Haag. Since 2017, she is a research scientist of CONICET at the UNRC. She received the International Rising Talents Awards from Loreal-UNESCO For Women in Science program in 2019. 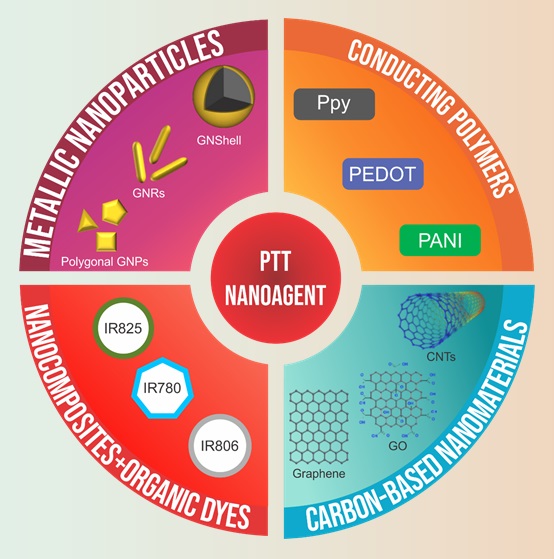