Scinderin is a filamentous actin-severing and capping protein. Segmental deletion and point-mutation studies have shown that this scinderin actin-severing activity resides in its NH2 terminal half, precisely in domains 1 and 2. The actin nucleating activity of scinderin is in its domain 5. Scinderin’s F-actin severing activity plays a role in cell secretion. In secretory cells, scinderin is highly concentrated in the cell cortex, showing a distribution similar to that of filamentous actin. Two PIP2-binding sites have been described in scinderin domains 1 and 2. PIP2 inhibits the actin-severing activity of the protein. Several approaches [recombinant scinderin, antisence oligonucleotide, gene promoter activation, vector-mediated expression of scinderin active domains] were used to prove the role of scinderin in secretion. The promoter of SCIN, the scinderin gene, has been characterized and its responsive elements have been described. The activation of the SCIN promoter by two ligands of the aryl hydrocarbon receptor [AhR] transcription factor has been shown. This activation increased scinderin expression with a resulting increase in stimulation-induced cortical actin disassembly and exocytosis. A role for scinderin in the life cycle of megakaryocytes has also been demonstrated. Scinderin seems to be involved in the maturation, differentiation and apoptosis processes of these cells, releasing newly formed platelets. This completes the life cycle of a megakaryocyte. A role for scinderin in cancer is also emerging. The SCIN gene is silenced in megakaryocyte leukemia cells and its re-expression induces cell maturation, differentiation, apoptosis, as well as the release of platelet-like particles and anti-tumor effects. These are always accompanied by changes in cell morphology due to cytoskeleton re-arrangements. Scinderin over-expression is necessary to see anti–proliferation effects, which are always accompanied by maturation and differentiation. If there were methods to differentiate other types of tumor cells, a new area of treatment would be developed by inducing “cell maturation and/or differentiation”.

Jose-Maria Trifaro was born in Argentina and graduated in Medicine in 1961 from the University of Buenos Aires. He started his biomedical research carrier at the Institute of Physiology at the same University. He continued his research at Tulane University [New Orleans] and at the Albert Einstein College of Medicine (New York) as a Fellow of the Rockefeller Foundation. He later moved to McGill University (Montreal) as an Assistant Professor of Pharmacology in the Faculty of Medicine. In 1973 he became an Associate Professor and five years later a Full Professor of Pharmacology. In 1986 he moved to the University of Ottawa as Chairman of the Department of Pharmacology in the Faculty of Medicine. In 1997 he was appointed as Professor of Cellular and Molecular Medicine. He is at the present time an Emeritus Professor of Medicine at the same Institution. His main area of research is on the cellular and molecular mechanisms involved in hormone and neurotransmitter secretion and in particular, on the role of the cytoskeleton and its regulatory proteins in these processes. One of these cytoskeleton regulatory proteins is Scinderin. This protein was discovered and its gene cloned in Dr. Trifaro’s laboratory. Research on this protein has also opened a new area of research in his laboratory on the role of this protein in leukemia. Other laboratories in the world are presently investigating the possible role of this protein in other types of cancer. Dr. Trifaro’s research has been performed mainly under the support of grants from the Canadian Institute of Health Research. He has been invited to present his work at international conferences and symposia and work from his lab has been described and discussed in more than 250 publications. He has also served on the editorial board of several biomedical journals. 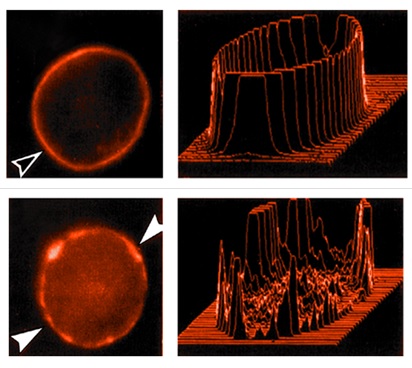